What do consumers think about homeopathy and alternative medicine?

The National Health and Medical Research Council of Australia says: “Based on the assessment of the evidence of effectiveness of homeopathy […] there are no health conditions for which there is reliable evidence that homeopathy is effective.”

Over in America, the National Centre for Complementary and Integrative Health comments:

“There’s little evidence to support homeopathy as an effective treatment for any specific health condition.” – National Centre for Complementary and Integrative Health, USA

In the UK, the NHS guidance agrees: “There's been extensive investigation of the effectiveness of homeopathy. There's no good-quality evidence that homeopathy is effective as a treatment for any health condition.” It goes as far as to put “treatment” in speech marks.

But YouGov Profiles shows that, in all three countries, people are more open to homeopathy than not. When asked if they agree that they are open-minded about homeopathy/alternative medicine, approaching three in five Americans (57%), over half of Britons (52%), and 46% of the Australian and Dutch public say they are. Nearly two in five Italians (38%) say the same. Those who disagree make up a minority in all countries: while scepticism is higher in Britain than it is elsewhere – with 32% saying they aren’t open to homeopathy/alternative medicine – it falls to just a quarter of the public in the Netherlands and Australia (24%), and just over a quarter in Australia and the US (27% in both countries).

Looking at the UK, people who are open to homeopathy and alternative medicine haven’t sworn off traditional healthcare entirely. In fact, they’re more likely than those who oppose homeopathy to have a repeating prescription for medical reasons (48% vs. 36% of those who disagree that they’re open to homeopathy/alternative medicine), and in some respects more interested in medicine overall. This group are, for example, more likely to take pharmacists’ advice when buying over-the-counter medicines (80% vs. 69%).

This group are also more likely to say that they research treatment options on their own to ask their doctor about them (49% vs. 37%);  given that patients have been known to disagree with doctors over diagnoses, medical professionals may not be too enthusiastic on that score.

Of course, whether the research is useful or not depends on where the consumer looks. And half of people who are open to homeopathy/alternative medicine (50%) believe that probiotics can build their immune system compared to three in ten (31%) of those who are not open to homeopathy; the evidence for these claims has been limited. This group are also more likely to believe that branded drugs are higher quality than unbranded drugs (23% vs. 17%) and that dietary supplements are an effective replacement for an unhealthy diet (22% vs. 15%).

Consumers who are open to homeopathy and alternative medicine are also more likely to say they do whatever they can to promote a healthy lifestyle (51% vs. 37%). That this group’s perception of what is healthy deviates somewhat from the academic consensus may suggest that there may be ways for governments, pharmaceutical companies, and scientific institutions to more effectively communicate what is and isn’t medically useful to them.

YouGov Profiles is based on continuously collected data and rolling surveys, rather than from a single limited questionnaire. Profiles data is nationally representative and weighted by age, gender, education, region, and race. 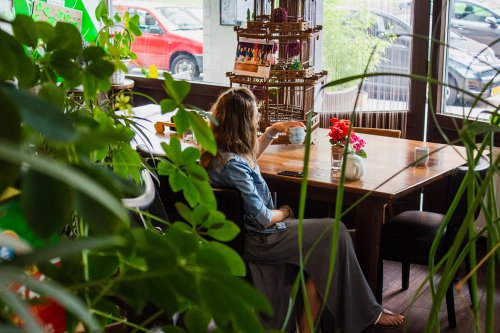 SUBMIT YOUR OWN ARTICLE HERE

Cookies help us deliver our services. By using our services, you agree to our use of Cookies.